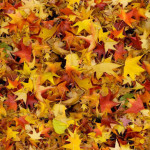 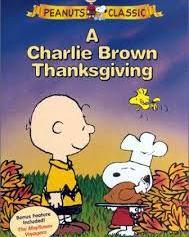 While some might prefer the TV to be off during Thanksgiving, we wanted to provide a full schedule of Thanksgiving-related shows for next Thursday.  At our house, we have the TV on throughout the day, typically going from the Macy’s Thanksgiving Day Parade through the NFL games.  Now that the NFL plays into the night (which I don’t agree with) you have a few decisions to make for your evening viewing.

The 87th Macy’s Thanksgiving Day Parade kicks things off at 9am (EST) on both NBC & CBS and will continue through 12pm.  In case you missed it, we put together a few thoughts on the parade separately.  I’ve given this some thought and since it is 2013 and the growing popularity of the “second screen”, I’m going to to ‘live-tweet’ the TV coverage of the parade and will have to check the sarcasm button accordingly.

Beyond choosing which TV station to watch for the parade, the varying content options don’t start until Noon.  You can stick with NBC for two hours (12-2pm) for “The National Dog Show Presented by Purina” or you can switch over to Fox for the early NFL game – the Green Bay Packers at the Detroit Lions.  The Dog Show is essentially a highlight show from the competition from the prior weekend.

The rest of the NFL schedule isn’t that much stronger.  At 4:30pm (EST), CBS will have the second NFL game, the Oakland Raiders at the Dallas Cowboys.  The late game has moved from the NFL Network to NBC and will feature the Pittsburgh Steelers at the Baltimore Ravens, scheduled to kick-off shortly after 8:30pm.  This isn’t a great lineup of games for the NFL this season and I’m positive that I won’t be watching much of the late game.

If you are like me and moving away from football at some point, there is one traditional option for you at 8pm on ABC – “A Charlie Brown Thanksgiving”.  That gives you an hour window away from football.  After a “Modern Family” repeat at 9pm, ABC will air “Lady Gaga & The Muppets’ Holiday Spectacular” from 9:30-11pm.  I watched much of this special last year with Lady Gaga and it wasn’t that bad.  However, throwing in The Muppets and I’m hooked.  Here is the description from TV Guide:

“A holiday extravaganza features Lady Gaga singing tunes from her 2013 album, “ARTPOP,” and performing with Kermit the Frog and other Muppet favorites. Also included are duets with Elton John, Joseph Gordon-Levitt and RuPaul; an appearance by Kristen Bell; and renditions of seasonal classics by the Swedish Chef, Beaker and Animal”

So there is your Thanksgiving Day television schedule!  What will you be tuning into next Thursday?